It is made using leaves from a shrub called Aspalathus linearis, usually grown on the western coast of South Africa (1).

Rooibos is a herbal tea and is not related to green or black tea.

Traditional rooibos is created by fermenting the leaves, which turns them a red-brown color.

Green rooibos, which is not fermented, is also available. It tends to be more expensive and grassier in flavor than the traditional version of the tea, while also boasting more antioxidants (, ).

Rooibos tea is usually consumed like black tea. Some people add milk and sugar — and rooibos iced tea, espressos, lattes and cappuccinos have also taken off.

Contrary to some claims, rooibos tea is not a good source of vitamins or minerals — aside from copper and fluoride (4).

However, it is full of powerful antioxidants, which may offer health benefits.

Rooibos is associated with health benefits due to its high levels of health-promoting antioxidants, which include aspalathin and quercetin (, ).

Antioxidants may help protect cells from damage by free radicals.

Over the long term, their effects may reduce your risk of illnesses, such as heart disease and cancer ().

There is some evidence that rooibos tea can increase antioxidant levels in your body.

However, any increase documented has been small and doesn’t last long.

In one 15-person study, blood levels of antioxidants increased by 2.9% when participants drank red rooibos and 6.6% when they drank the green variety.

This uptick lasted for five hours after the participants drank 17 ounces (500 ml) of tea made with 750 mg of rooibos leaves (10).

Another study in 12 healthy men determined that rooibos tea had no significant effects on blood antioxidant levels compared to a placebo ().

This is possibly because the antioxidants in rooibos are short-lived or inefficiently absorbed by your body (, ).

Antioxidants in rooibos are linked to a healthier heart ().

This may happen in different ways ().

However, this did not translate to any changes in blood pressure.

There is more promising evidence that the tea can improve cholesterol levels.

However, the same effect was not seen in healthy people.

Test-tube studies note that the antioxidants quercetin and luteolin, which are present in rooibos tea, can kill cancer cells and prevent tumor growth (, ).

However, the amount of quercetin and luteolin in a cup of the tea is very small. Many fruits and vegetables are much better sources.

Therefore, it’s unclear whether rooibos packs enough of these two antioxidants, and whether they’re absorbed efficiently enough by your body to provide benefits.

Keep in mind that human studies are needed on rooibos and cancer.

The health claims surrounding rooibos tea vary widely. However, there is a lack of evidence to support many them. Unverified benefits include:

Of course, the lack of evidence does not necessarily mean that these claims are false — just that they haven’t been studied fully.

How to prepare Rooibos ? 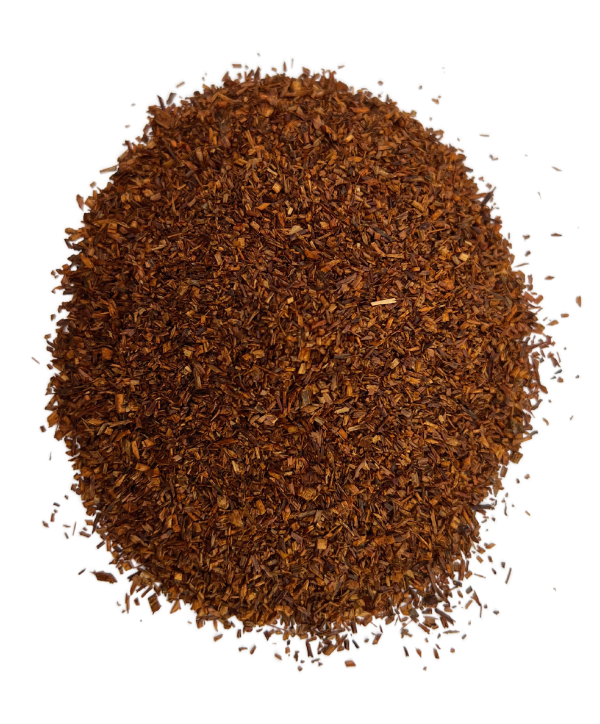