Matcha is a type of powdered green tea that’s rich in antioxidants. With traditional green tea, the leaves are steeped in hot water and then discarded. But with matcha, the dried leaves are actually ground into a powder, mixed into the drink, and consumed. The tea has a unique, non-bitter taste and vibrant green color and is regarded as the most aromatic form of green tea (Kochman, 2021).

Here’s more about matcha’s potential health benefits and risks, as well as ways to consume it.

Numerous studies on green tea reveal a number of science-backed health benefits. While much of the research has been done with green tea, the perks extend to matcha since matcha is made from whole green tea leaves.

Green tea has long been studied as a cancer prevention tool. In one older study, women who drank more than 10 4-ounce portions of green tea per day developed cancer 7.3 years later than those who drank fewer than three 4-ounce portions per day (Fujiki, 2018).

Another older study among women with stage 1 and 2 breast cancer found that those who drank an average of eight cups of green tea per day had a lower risk of the cancer returning and a longer disease-free period compared with those who consumed a daily average of two cups (Fujiki, 2018).

Some animal studies suggest that green tea may combat diabetes by helping the body release more insulin (Zhao, 2022). Insulin is the hormone that helps transport blood sugar into cells so it can be burned for energy (CDC, 2021). Green tea may also improve how well cells respond to insulin and lower blood sugar levels as effectively as some medications (Zhao, 2022). However, more research is needed in humans to further support these findings.

One study among workers in Japan aged 20 to 68 years found that, compared to individuals who drank less than one cup of green tea per day, those who drank over four cups of green tea per day had a 51% lower chance of having depressive symptoms after researchers accounted for other factors (Pham, 2014).

An older study from Japan found similar results for older adults. The researchers concluded that adults 70 years or older who drank four or more cups of green tea a day also had a 44% decrease in symptoms of depression compared to those who drank one cup or less a day (Niu, 2009).

An analysis of 36 studies found that green tea reduces the risk of cognitive disorders. These brain problems, which are more common after the age of 65, typically affect learning, memory, movement, language, attention, and problem solving. They range from mild cognitive impairment to disorders such as dementia, Parkinson’s disease, and Alzheimer’s disease. The data showed that the more green tea consumed, the greater the protection against such disorders (Shi, 2022).

Research done in both animals and humans shows that green tea combats stress and, in turn, its negative effects on brain function and brain health. It also helps to suppress brain aging (Unno, 2021).

Research in healthy Chinese men found that those who drank tea had a higher total sperm count and greater sperm concentration—indicators of fertility—than those who never drank tea. The increase in sperm count was seen among men who drank tea at least three days a week (Liu, 2022).

After a review of already-published research, scientists noted that green tea contains high quantities of polyphenol antioxidants. These antioxidants counter compounds that attack healthy cells, including those in testicular tissue. Green tea may also increase the movement of semen and its capacity to survive (Rahman, 2018).

A research analysis concluded that, in general, green tea drinkers who are at a healthy weight had significantly lower levels of total cholesterol and LDL cholesterol (Xu, 2022). LDL is considered the “bad” cholesterol because it leads to a buildup of cholesterol in arteries, which ups the risk of heart disease (MedlinePlus, 2020).

Green tea consumption has been shown to significantly reduce both systolic (the upper number) and diastolic (the lower number) blood pressure. The effects were even greater in people with existing high blood pressure or other heart disease risk factors. The outcome is due in part to green tea’s ability to relax blood vessels, which improves blood flow and reduces inflammation (Xu, 2020).

Research in postmenopausal women in Korea found that those who did not consume any green tea or consumed less than one cup daily during the previous year were more likely to have reduced bone mass in their spine or thigh compared to those who drank green tea three times a day (Lee, 2022).

Other research shows that drinking tea is tied to a reduced risk of osteoporosis. The effect is likely due to the drink’s antioxidants, which help prevent bone loss and enhance bone formation (Sun, 2017).

Matcha is low in calories, macronutrients, vitamins, and minerals but rich in a variety of antioxidants (Kochman, 2021). One teaspoon of matcha powder (the amount used in many recipes to make a single matcha latte) provides: (USDA, 2019)

The antioxidants in matcha—a key aspect of its nutritional value—support detoxification, reduce inflammation, and protect cells from damage that can lead to aging and disease (Kochman, 2021).

As a beverage, green tea is believed to be safe at up to eight cups (8 ounces each) per day (NCCIH, 2020). But matcha is stronger and more concentrated than steeped green tea because you ingest the whole, powdered leaves (Kochman, 2021).

There are no government guidelines specific to matcha regarding a daily recommended amount, but for healthy adults, the US Food & Drug Administration advises capping caffeine at 400mg a day (FDA, 2019)

The National Center for Complementary and Integrative Health notes that, at high doses, green tea may interact with certain medications, such as the beta-blocker nadolol (Corgard) that is used to manage high blood pressure and heart problems. And if you are pregnant or breastfeeding, you should talk to your doctor before using matcha (NCCIH, 2020).

To best preserve its antioxidant content, store matcha powder at about 40 degrees Fahrenheit (Kim, 2020). That is the recommended maximum temperature inside your refrigerator anyway (FDA, 2021).

Besides green tea, matcha powder can also be used to make lattes. It can even be incorporated into dishes like oatmeal, smoothies, chia pudding, energy balls, baked goods, hummus, sauces, and soups. But since the use of matcha powder in these ways has not been researched, it is unclear whether you’ll experience the same benefits as when matcha is used for green tea.

How to prepare Matcha Tea ?

Sift 1-2 tsp matcha into a cup using a small sifter.

Add 2oz hot water. For best results use water just under a boil.

Whisk vigorously in a zig zag motion until the tea is frothy.

Enjoy your matcha tea straight from the bowl. 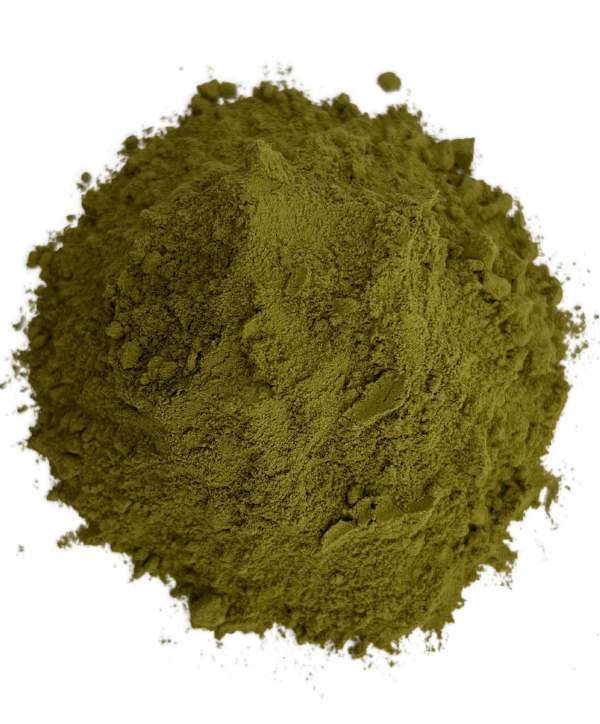